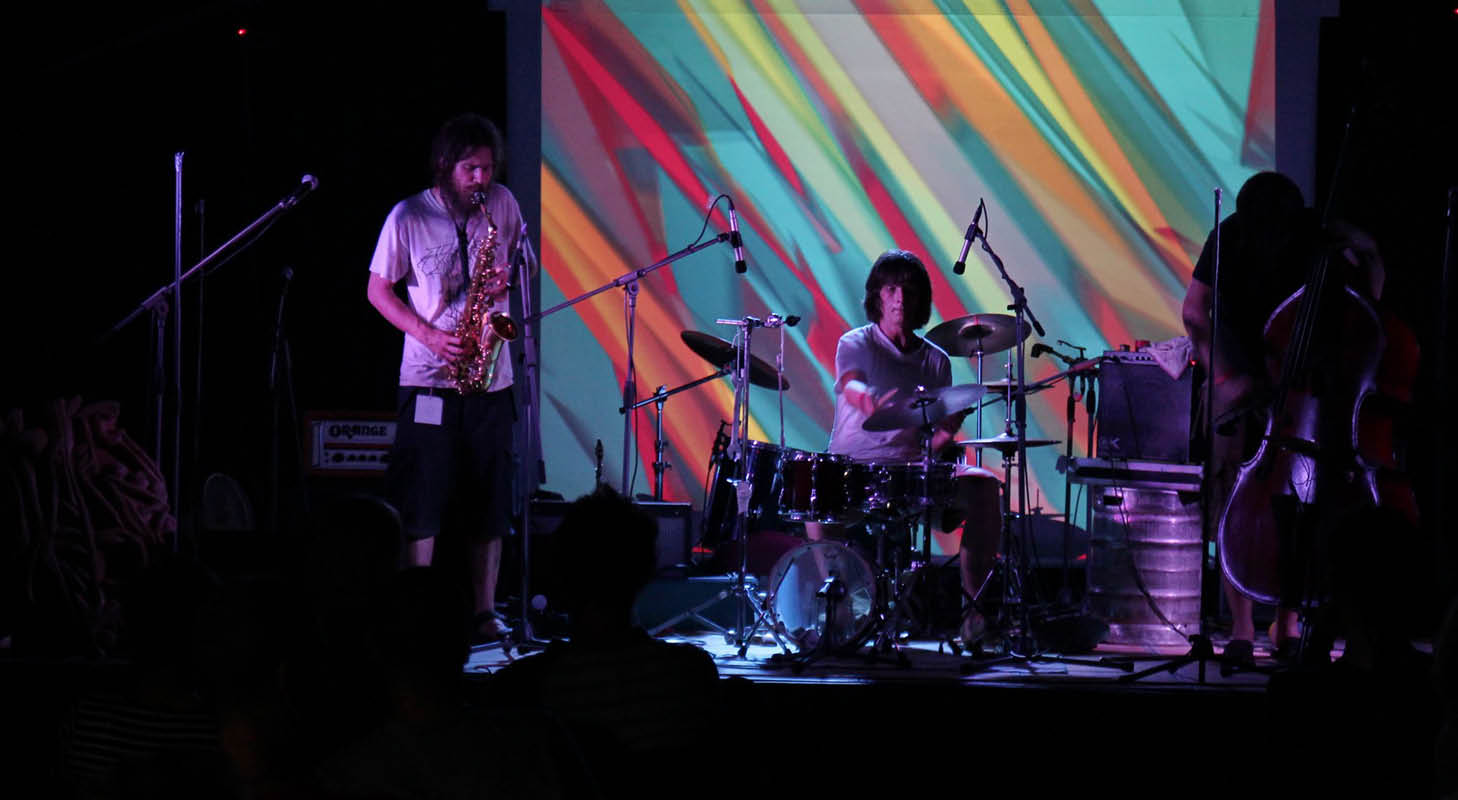 The Drašler/Karlovčec/Drašler trio is a project by three improvisers active also in the wider Slovenian underground improvisational, jazz, rock, noise and experimental music scene. The trio combines the elements of free improvisation and free jazz while developing its own musical expression during numerous life performances.

In the words of Luka Zagoričnik (a Radio Student journalist):
“With yesterday’s Karlovčec-Drašler Trio concert at the Bizzarnica pri Mariči club, Slovenian jazz has finally developed a complete image with this meticulously structured, lyrically rich, improvisational bursting and energetic expression of free jazz…”
“This concert was of one the strongest Slovenian free jazz performances and one of the best gigs lately.”

About their performance at the international Cerkno Jazz festival, Ičo Vidmar (journalist for Dnevnik) has written:
„If I remember correctly, this is the first Slovenian, to put it roughly, free jazz lineup that had a confident and down to earth performance at the renowned international Slovenian jazz festival. I would not dare to imagine anything similar twenty or thirty years ago in spite of creations by certain talented and provocative individuals.

Drummer Vid Drašler has finished a four-year musical training at Zlatko Kaučič, a world-renowned Slovenian drummer. He plays in several diverse projects. His musical interests are wide: from rock and jazz to improvisation. Lately he has been also participating in some notable theater shows.